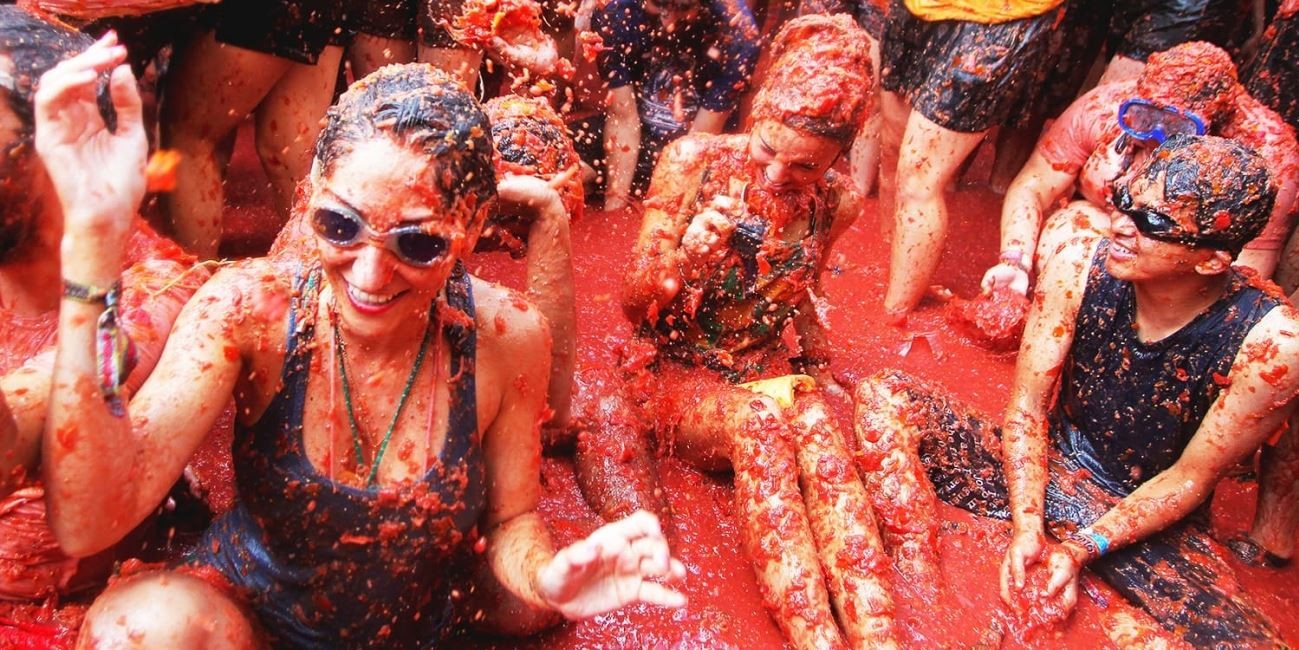 If you want to have some fun and you have some clothes that you don’t mind to throw after, welcome to La Tomatina Festival – a food fight festival, which takes place every year on the last Wednesday in August at 11 pm in Bunol, Valencia. Thousands upon thousands of people make their way from all corners of the world to fight in this 'World's Biggest Food Fight' where more than one hundred metric tons of over-ripe tomatoes are thrown in the streets. Prior to 2013 anywhere from 40,000 to 50,000 people crammed into this huge tomato fight, greatly expanding Bunol's normal 9,000 person population. Since 2013 official ticketing has been in place limiting the number of participants to just 20,000 lucky people. You can book pre or after-party as, for sure, you will get a lot of the new friends in the battle.